Sometimes a person finds strange sites in abandoned locations. This is one of the thrills of exploring these very places. In an abandoned apartment building I found signs of either very thirsty people or bottle pack-rats. It appears that the building is used as a party/crash pad by somebody. I went by on an early Saturday morning and nobody was around. What would I have done if there were somebody there? I don't know...

Anybody want a bottle of King Cobra malt liquor?? 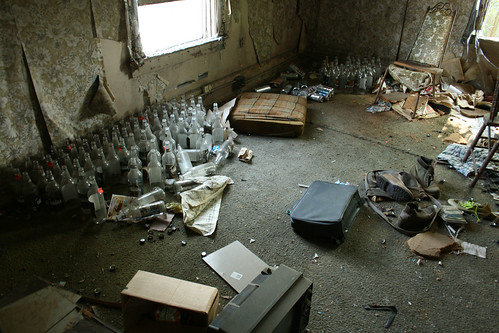