I enjoy watching the Bravo show "Millionaire Matchmaker". The episode "Chris/Daniel" featured Chris, a 39 year old millionaire who INSISTED on dating a women between 21 and 28. Patti split the difference and referred to the magazine 24 year old who "does not exist". He said that he was "focusing on traits", that he was young at heart and very active. She said that Chris was an agist. What is that? An internet definition says, "discrimination against middle-aged and elderly people ".

Money in our society is the currency of power and choice. The guys with the dollars believe they can justifiably embrace agism in pursuit of a mate. I believe that Chris' comments about being young, and hence needing a young person, are BS. I've gone both ways on the age difference thing and found age to be a red herring when it comes to the perfect mate. Additionally, contra dancing has shown me that age is not a deciding factor in being active overall. What is REALLY going on? Could this be another example of abusing power? Maybe. I say hurrah for diversity and hurrah for choices of all ages. 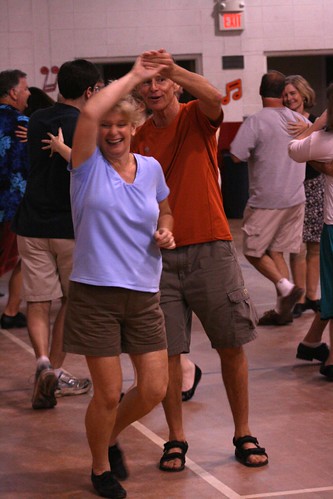