I believe our dreams can be an interior mirror on hopes, fears, and egoic motivations. The dreams I had this morning reveal to me that my internal survival instinct is stronger than the death-wishing depressive side of me would seem indicate.

In my dream a friend laden party became a chaos twisted trap. The spins to reality were equal to any horror movie involving demons popping in and out, scenery switching in and out of real and nightmare realities, and dimensional spaces having little correspondence to normal laws of nature.

The horrors did not stop us from attempting to pack our cars and find a way out. We were finally seemingly cornered in the deep basement of a building adjacent to the car parking lot. A door opened up in the wall, revealing a sunny outdoor space. We were terribly suspicious. Finally I and a few others stepped out after a few more transformations and twists of realities in the small room. Everything was quiet as we walked to the cars. The scope of the situation became apparent as the sunlight began to reduce. Night was approaching, and with the darkness would come the monsters and demons. I ran through the parking lot and could not find my car. Dusk fell, and the creatures did indeed appear. Once again everyone began to scramble for survival.

I see that I am a survivor when I look back at the dream. There were many opportunities to lay down be consumed by the evil/chaos. I did not lay down and die. Instead I ran, dodged, fought and generally changed the rules of the dream to stay alive. This is typical in my "dreams that should be a nightmare but aren't". This awareness encourages me. In waking life I can become consumed from dark thoughts, but rarely is this reflected in my dreams. In my dreams I rise above the darkness that can surround me. The drive to survive shines over the desire to submit. With this thought, a search for dream quotes revealed the following gem:

Dwell as near as possible to the channel in which your life flows.
Thoreau, Henry David
Big smile... 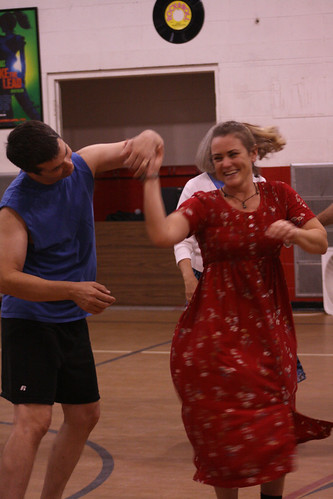